Back to wines
Castello di Ama

Beginning in 1978, certain parcels were identified as possessing outstanding soil
and microclimates due to extensive research into the terroir of the Castello di Ama vineyards.

Vigneto La Casuccia, whose first vintage was 1985, was the first blend produced
from the separate harvesting of three parcels of Sangiovese and Merlot.

The wine is produced in exceedingly limited quantities and only in the best vintages.

Vigneto La Casuccia is an impactful wine. In many vintages, it emerges energetic, balanced, s
ensual and vivacious, requiring time to fully express its full potential. 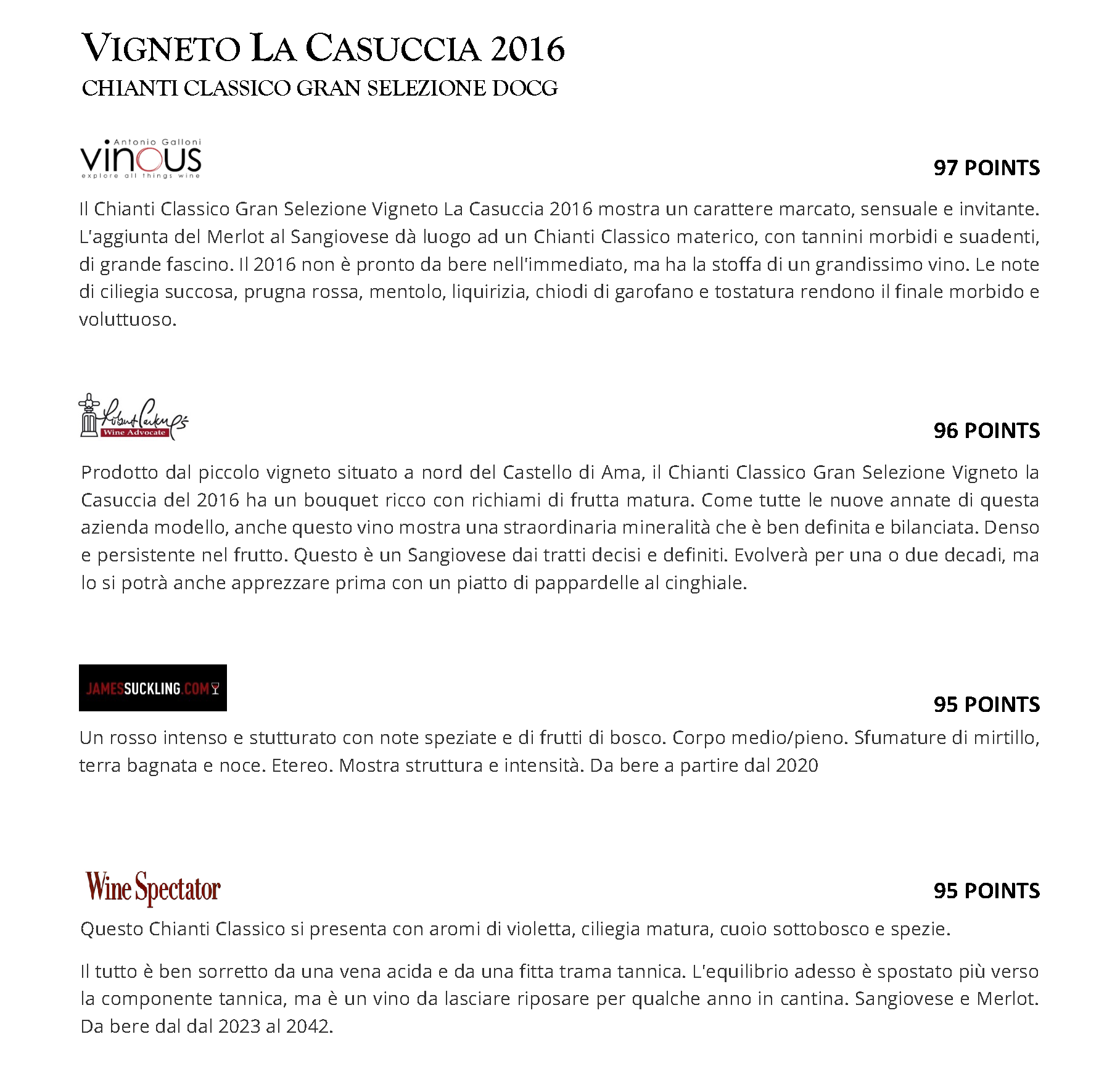